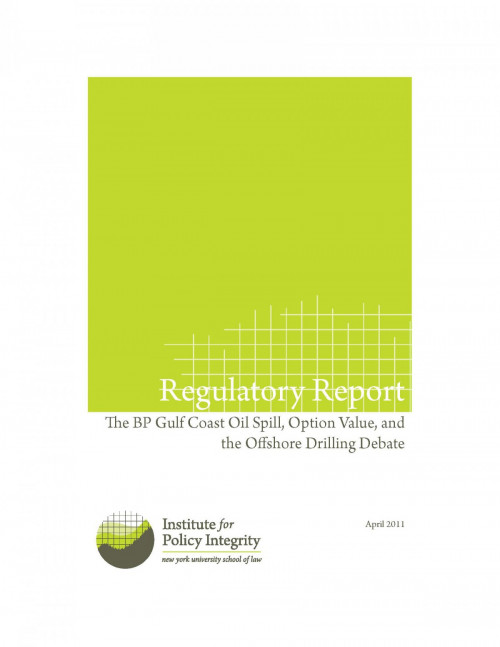 One year after crude oil began gushing into the Gulf of Mexico, little action has been taken to prevent a similar disaster. A Policy Integrity report authored by Gaia Larsen and Michael A. Livermore finds that overly simplistic economic analysis by the government may have helped lead to the accident.

America likely drills for oil too much too soon, taking on too much risk, and potentially misses out on higher pay-offs for taxpayers. The problem starts with the federal agency responsible for these natural resources using an out of date economic formula when deciding when to sell offshore drilling leases.

The current equation treats drilling like a now-or-never decision instead of accounting for more complex factors like uncertainty about prices and environmental risks. This blunt calculation can lead to the sale of leases for less than they are worth and to aggressive drilling without proper safety technology.

With more finely-tuned economic models than the ones in use today, the government would incorporate the uncertainty about factors like the future value of the oil and the rate of technological development to determine when a sale is good or bad deal for the American public.

Oil companies will not necessarily benefit from this change—they already profit from the government’s current system. But the American public has much to gain in public revenue if the value of this shared resource is maximized.