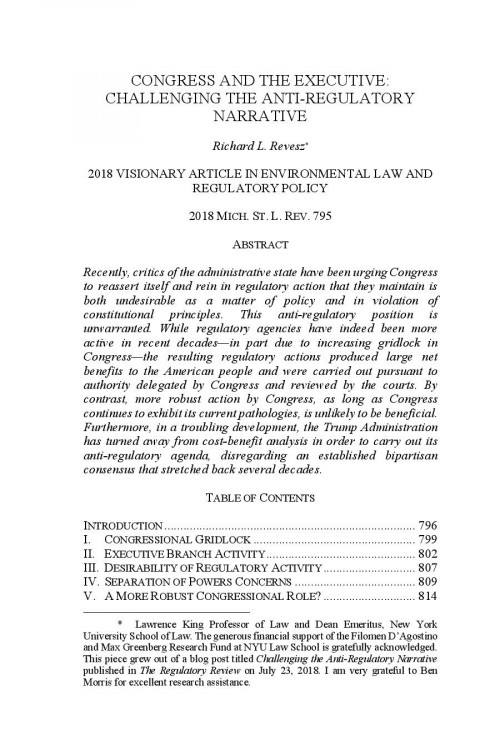 Congress and the Executive

Critics of the administrative state have been urging Congress to rein in regulatory action, claiming that regulations created by executive agencies are undesirable as a matter of policy and are in violation of constitutional principles. In a troubling development, the Trump Administration has also turned away from cost-benefit analysis in order to carry out its anti-regulatory agenda, disregarding an established bipartisan consensus that stretched back several decades.

This article, published in the Michigan State Law Review, argues that this anti-regulatory position is unwarranted. These executive regulatory actions produced large net benefits to the American people, were carried out pursuant to authority delegated by Congress, and were reviewed by the courts. By contrast, more robust action by Congress, as long as Congress continues to exhibit its current gridlock on important policy issues like climate change, is unlikely to be beneficial.