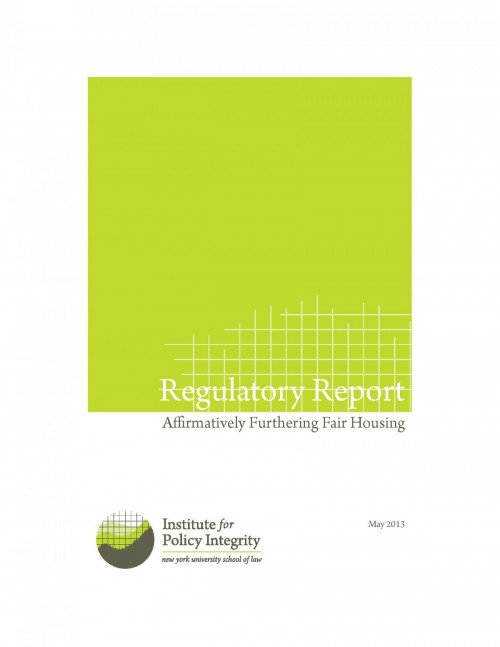 A section of the Fair Housing Act requires HUD to “affirmatively further” fair housing, but the agency now admits that the implementation of the requirement has not been as “effective as envisioned.” In part because the mandate has been left vague and difficult to measure by the agency, HUD does not have a system in place to ensure that cost-effective investments in housing fairness are made.

Righting the problem is at the top of HUD’s priority list: it now has a plan to release a new regulation on the implementation of the affirmatively furthering fair housing mandate. But if HUD’s new rule is to succeed, Policy Integrity’s report finds that the agency’s first task should be to set a proper definition of the problem by clarifying what “affirmatively furthering fair housing” entails.