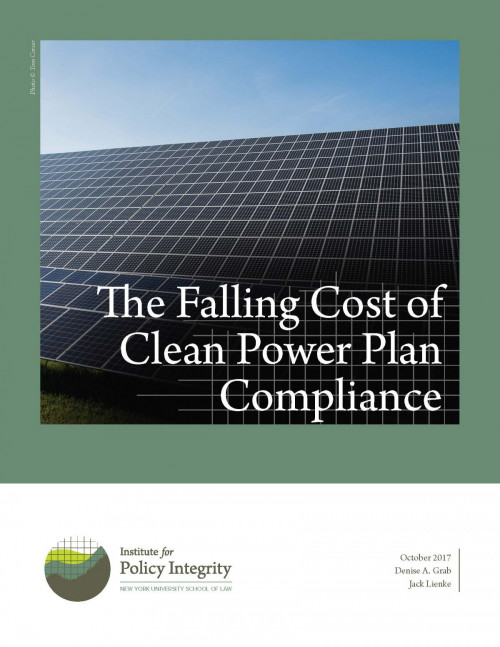 In 2015, the U.S. Environmental Protection Agency (EPA) released the Clean Power Plan, a Clean Air Act rule designed to address the threat of climate change by cutting carbon dioxide emissions from fossil fuel-fired power plants. As part of that rulemaking, the agency prepared an estimate of compliance costs, which it found would be far outweighed by the rule’s climate and health benefits. Since that time, changes in the electric sector have made it even cheaper to meet the rule’s emission targets than EPA anticipated. This report summarizes the findings of EPA’s 2015 Regulatory Impact Analysis; discusses subsequent market and policy developments that have lowered the cost of complying with the Clean Power Plan; and surveys more recent analyses by independent groups, which have estimated substantially lower compliance costs than EPA did.