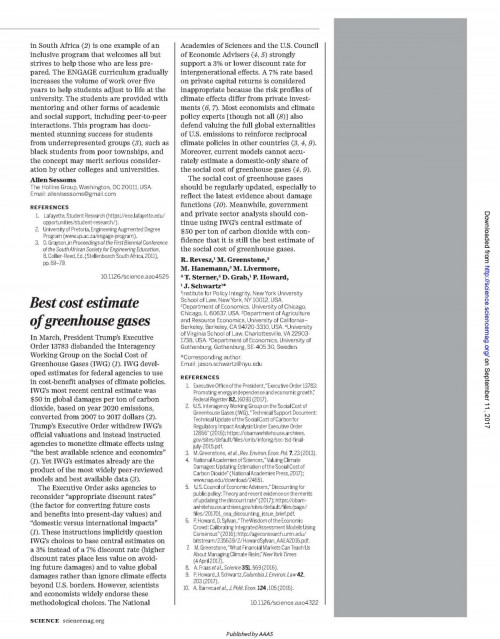 Despite the Trump administration’s decision to withdraw the official estimate of the Social Cost of Carbon and disband the interagency working group that developed it, a group of prominent economists and lawyers, including several Policy Integrity staff members, have highlighted the metric’s continued validity for policymaking. In a letter published in the journal Science, the group takes on key criticisms surrounding the metric, which quantifies the economic costs of carbon dioxide emissions and is used when assessing the costs and benefits of regulations. The letter encourages both government and private-sector analysts to continue using the interagency working group’s Social Cost of Carbon estimate.