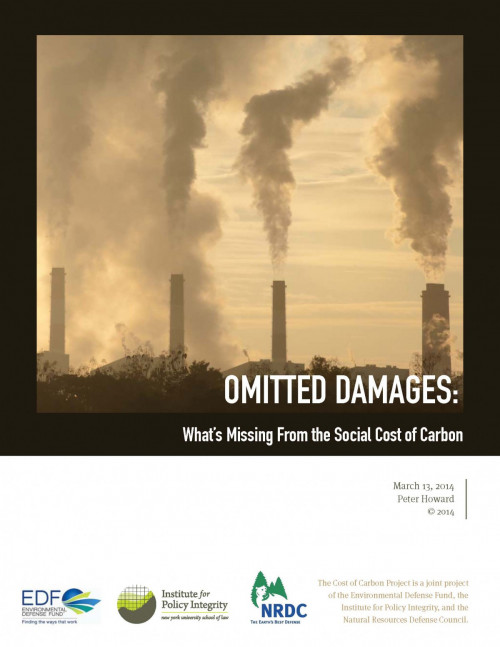 Omitted Damages: What’s Missing from the Social Cost of Carbon

The social cost of carbon (SCC) is an estimate of the economic damage done by each ton of carbon dioxide spewed into the air. Using sound science and economics to account for damages to property, agriculture and our health, the U.S. government sets the current SCC estimate at $37 per ton.

In “Omitted Damages: What’s Missing from the Social Cost of Carbon,” Howard examines the Integrated Assessment Models used to produce the SCC estimate. The IAMs capture the feedback effects between scientific and economic models of climate change.

Howard gives a comprehensive review of what each model accounts for and what each model misses. The findings indicate that the official SCC estimate relies on studies that omit many important damages, resulting in an underestimation of the price the public pays for carbon pollution and a too-low value on climate action.