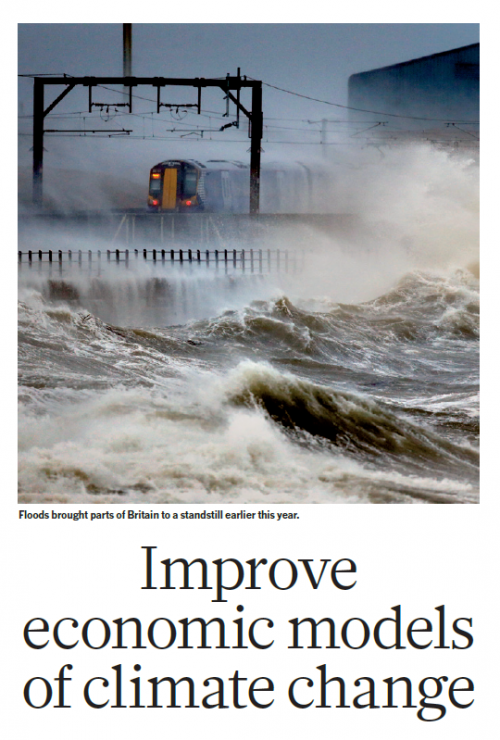 On March 31, 2014, the Intergovernmental Panel on Climate Change released its latest report on the impacts of climate change on humans and ecosystems. These are real risks that need to be accounted for in planning for adaptation and mitigation. Pricing the risks with integrated models of physics and economics lets their costs be compared to those of limiting climate change or investing in greater resilience. Last year, an interagency working group for the U.S. government used three leading economic models to estimate that a tonne of carbon dioxide emitted now will cause future harms worth US$37 in today’s dollars. This ‘social cost of carbon’ represents the money saved from avoided damage, owing to policies that reduce emissions of carbon dioxide.