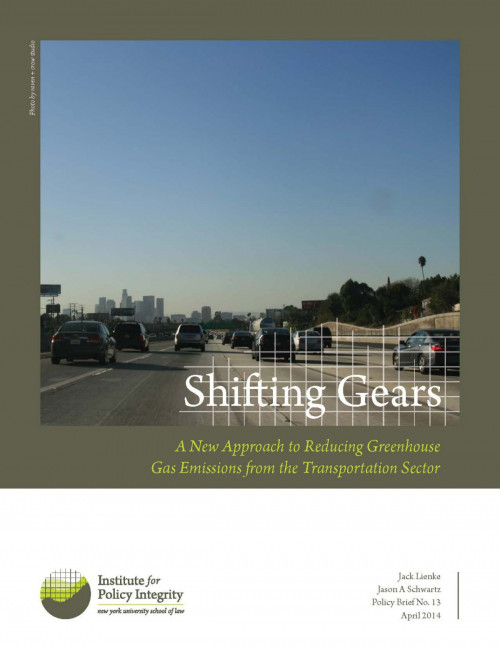 In 2007, Congress passed the Energy Independence and Security Act, which requires a certain percentage of biofuels like ethanol to be blended with the regular gasoline supply each year. A central goal of the Act was to take a bite out of the climate-changing pollution emitted from the tailpipes of motor vehicles. The transportation sector is second only to the electricity sector in its volume of carbon pollution, so targeting it for reductions makes good sense.

Congress intended for the biofuel quotas to increase each year as production techniques improved and the industry matured. But seven years later, the program has run into trouble: the EPA has proposed scaling back requirements in 2014, arguing that consumers are simply unable to use the volume of biofuel anticipated by Congress.

To overcome the stall out, the EPA should move away from “command-and-control” regulations like the biofuels mandate and towards a flexible, market-based emissions trading system for the transportation sector. A cap-and-trade program for vehicle fuels would ensure continued reductions in greenhouse gas pollution while allowing the market to achieve those cuts by the cheapest means possible.