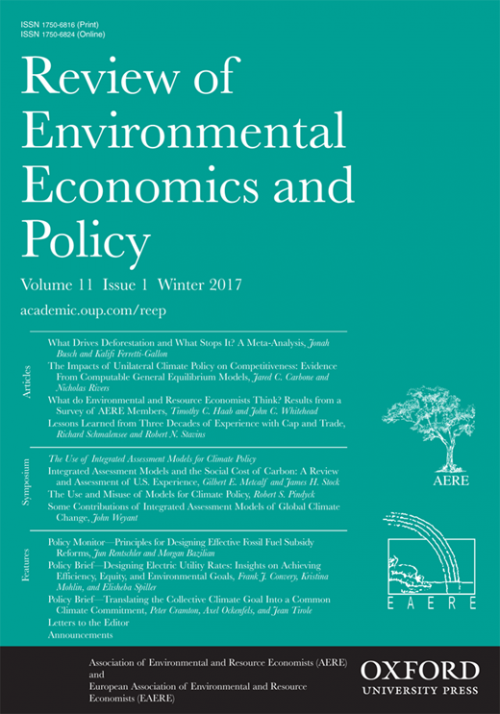 The Social Cost of Carbon: A Global Imperative

To solve the unprecedented global commons problem posed by climate change, all nations must internalize the global externalities of their emissions. If not, collective efforts will never achieve an efficient, stable climate outcome. The United States’ practice of looking at the global impact of emissions has come under attack in courtrooms and academic journals, with some arguing that the U.S. should instead consider only the domestic impacts of climate change in its decisionmaking.

In a letter published in Review of Environmental Economics and Policy, we argue that federal agencies should continue to use a global number for Social Cost of Carbon, as developed by the Interagency Working Group on Social Cost of Carbon. First, the United States benefits tremendously if other countries set policy based on global rather than local effects. From a legal perspective, not only does international law—the U.N. Framework Convention on Climate Change—commit the United States to account for global effects, but domestic laws like the Clean Air Act and the National Environmental Policy Act also either require or give discretion to agencies to consider global climate costs. Finally, any seemingly “foreign” climate damages would actually spill over to harm the United States, making any domestic SCC difficult to estimate and deeply misleading.