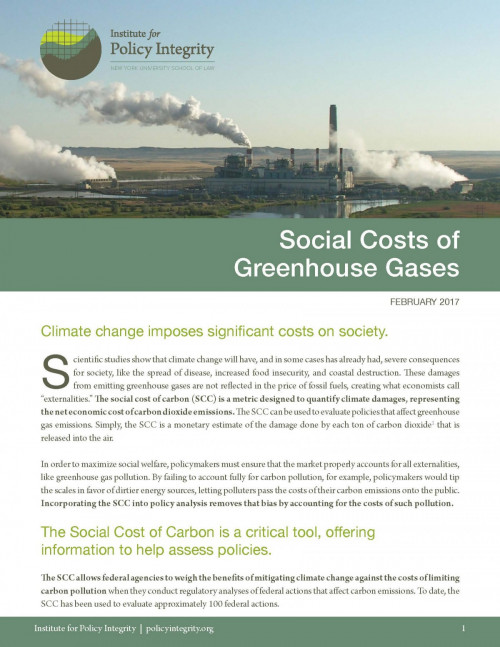 Scientific studies show that climate change will have, and in some cases has already had, severe consequences for society, like the spread of disease, increased food insecurity, and coastal destruction. These damages from emitting greenhouse gases are not reflected in the price of fossil fuels, creating what economists call “externalities.” The social cost of carbon (SCC) is a metric designed to quantify climate damages, representing the net economic cost of carbon dioxide emissions. Simply, the SCC is a monetary estimate of the damage done by each ton of carbon dioxide that is released into the air.

Our issue brief on the Social Cost of Carbon details how this metric was developed and how it applies to federal regulatory policy. By failing to account fully for carbon pollution, for example, policymakers would tip the scales in favor of dirtier energy sources, letting polluters pass the costs of their carbon emissions onto the public. Incorporating the SCC into policy analysis removes that bias by accounting for the costs of such pollution.