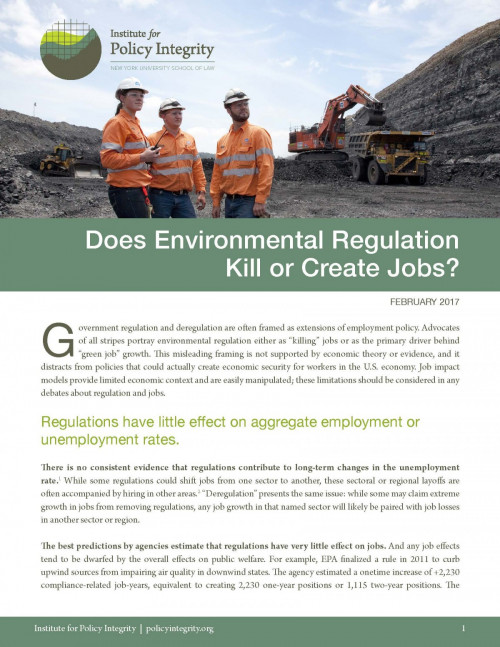 Government regulation and deregulation are often framed as extensions of employment policy. Advocates of all stripes portray environmental regulation either as “killing” jobs or as the primary driver behind “green job” growth. This misleading framing is not supported by economic theory or evidence, and it distracts from policies that could actually create economic security for workers in the U.S. economy. Job impact models provide limited economic context and are easily manipulated; these limitations should be considered in any debates about regulation and jobs.

Our issue brief on Jobs and Environmental Regulation addresses rhetoric on “job-killing regulations,” describing the lack of consistent evidence that regulations lead to long-term changes in the unemployment rate. It also provides information on how to analyze claims about job impacts.