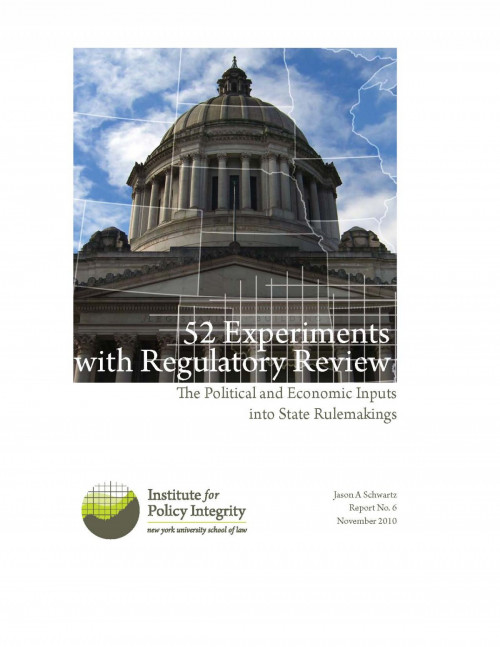 The Political and Economic Inputs into State Rulemaking

Nearly twenty percent of the American economy is regulated by state governments. But there are major concerns about how regulatory decisions are made. Although states routinely regulate industries whose economic footprints climb into the hundreds of millions of dollars, these rules are often made ad hoc, risking inefficient results that limit public benefit.

After more than a year of research, surveys, and analysis, Policy Integrity is the first to compile the regulatory practices of all fifty states (plus D.C. and Puerto Rico) in one document. Comparing each set of laws and guidelines on paper to direct feedback from leaders on the ground, the report assigns states a grade based on an evaluation of the quality of their review process. The results of “52 Experiments with Regulatory Review,” which finds signficant flaws with state level regulatory review, indicate that billions of dollars and important environmental and public health protections are at risk. States earned an average grade of “D+” with the lowest possible grade being a “D-.”