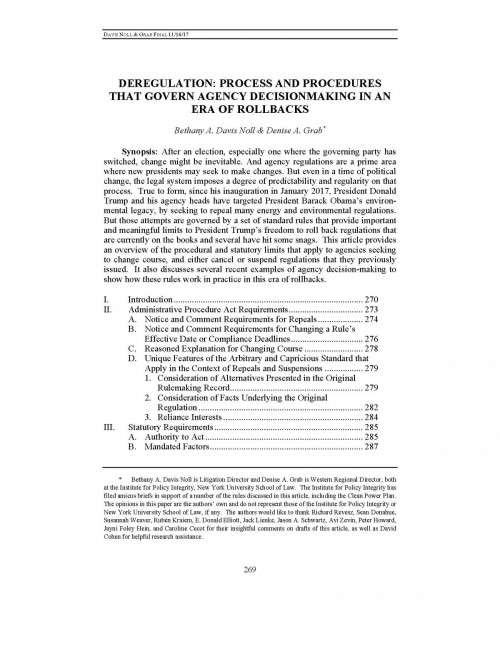 Deregulation: Process and Procedures That Govern Agency Decisionmaking in an Era of Rollbacks

Though change might be inevitable when a new governing party comes to power, the United States’ legal system imposes a degree of predictability and regularity on that change. Since his inauguration in January 2017, President Donald Trump and his agency heads have been working to repeal many energy and environmental regulations issued under prior administrations. But these attempts are governed by a set of standard rules that limit President Trump’s freedom to roll back regulations. This article, published in the Energy Law Journal, provides an overview of the procedural and statutory limits that apply to agencies seeking to change course and cancel or suspend regulations that they previously issued. It also discusses recent examples of agency decision-making to show how these limits work in practice.