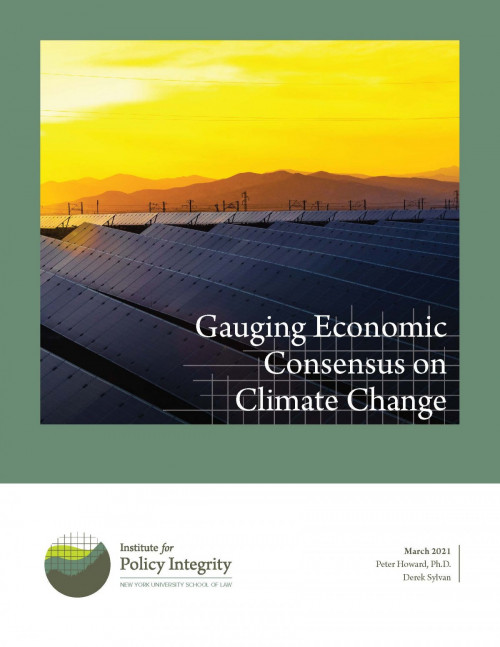 Thousands of economists have spent years or decades studying the interaction between climate change and the economic systems that underlie modern life. The views of these experts can help clarify how climate change will likely affect our society and economy, and how policymakers should approach greenhouse gas emission reduction efforts.

We conducted a large-sample global survey on climate economics, which we sent to all economists who have published climate-related research in the field’s highest-ranked academic journals; 738 responded. To our knowledge, this is the largest-ever expert survey on the economics of climate change. The results show an overwhelming consensus that the costs of inaction on climate change are higher than the costs of action, and that immediate, aggressive emissions reductions are economically desirable.

Respondents expressed striking levels of concern about climate impacts; estimated major climate-related GDP losses and a reduction in long-term economic growth; and predicted that climate impacts will exacerbate economic inequality both between countries and within most countries. The economists surveyed also expressed optimism about the viability and affordability of many zero-emissions technologies. And they widely agreed that aggressive targets to reach net-zero emissions by midcentury were likely to be cost-benefit justified.