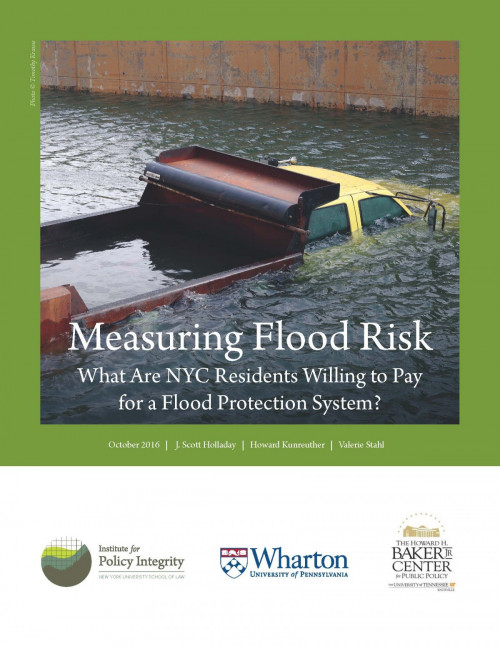 What Are NYC Residents Willing to Pay for a Flood Protection System?

This policy brief evaluates how willingness to pay (WTP) for a flood protection system varies with exposure to flood risk, using detailed flood maps and parcel-level data to identify households within and just beyond the 100-year flood plain in New York City. Past research has estimated that a homeowner’s WTP for flood insurance is largely contingent upon their risk level. However, no studies to date have analyzed the WTP for other forms of flood protection. We conducted a survey of single-family homeowners living in the 100- and 500-year flood plains in New York City, and found that WTP for flood control systems varies with the degree of risk that homeowners face. While the majority of residents living in the 100- year flood plain were willing to pay up to $10 a month to contribute to the cost of a seawall, the majority of residents living in the 500-year flood plain, an area that has a 0.2% risk of flooding in any given year, were only willing to pay up to $7 a month. These results are consistent with other studies demonstrating that risk—actual or perceived—plays a large role in individuals’ WTP for protection from floods.