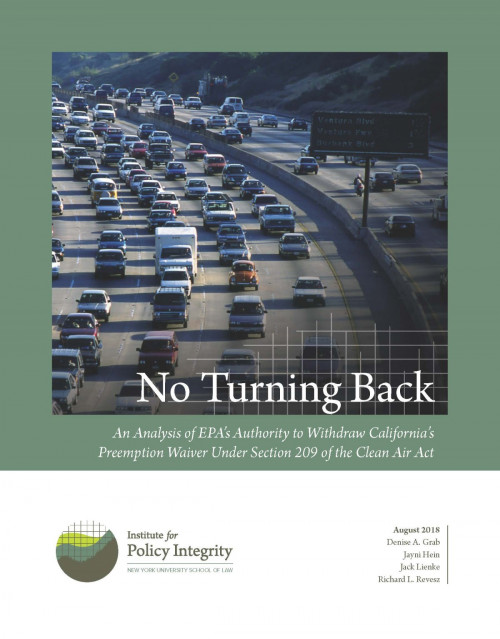 For 50 years, California has enjoyed unique authority to regulate air pollution from newly manufactured motor vehicles. While the Clean Air Act preempts all other states from setting their own vehicle emission standards, California can request a waiver to do so if it determines that its standards are at least as protective of public health and welfare as federal standards issued by the U.S. Environmental Protection Agency (“EPA”). Once a waiver is granted, other states can adopt California’s more stringent vehicle emissions standards as their own.

Since the waiver provision was enacted in 1967, EPA has granted more than 50 waivers for California, fully denied only one (a decision it subsequently reversed), and revoked zero. EPA has now proposed to withdraw the waiver California received in 2013 to set its own greenhouse gas emission standards, in conjunction with a weakening of federal greenhouse gas emission standards for vehicles in model years 2021 through 2026.

Because a waiver withdrawal would be entirely unprecedented, neither courts nor legal scholars have previously had cause to discuss the circumstances, if any, under which a waiver might permissibly be withdrawn. This report analyzes whether EPA possesses revocation authority and, assuming it exists at all, when and how such authority may be exercised. It is an update to the August 2018 version of the same report.