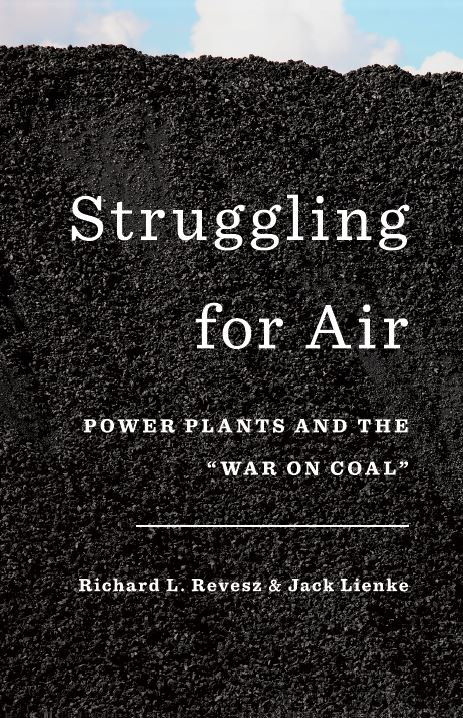 Power Plants and the “War on Coal”

Since the beginning of the Obama Administration, conservative politicians have railed against the President’s “War on Coal.” As evidence of this supposed siege, they point to a series of rules issued by the Environmental Protection Agency that aim to slash air pollution from the nation’s power sector. Because coal produces far more pollution than any other major energy source, these rules are expected to further reduce its already shrinking share of the electricity market in favor of cleaner options like natural gas and solar power. But the EPA’s policies are hardly the “unprecedented regulatory assault” that opponents make them out to be. Instead, they are merely the latest chapter in a multi-decade struggle to overcome a tragic flaw in our nation’s most important environmental law.

In 1970, Congress passed the Clean Air Act, which had the remarkably ambitious goal of eliminating essentially all air pollution that posed a threat to public health or welfare. But there was a problem: for some of the most common pollutants, Congress empowered the EPA to set emission limits only for newly constructed industrial facilities, most notably power plants. Existing plants, by contrast, would be largely exempt from direct federal regulation — a regulatory practice known as “grandfathering.” What lawmakers didn’t anticipate was that imposing costly requirements on new plants while giving existing ones a pass would simply encourage those old plants to stay in business much longer than originally planned. Since 1970, the core problems of U.S. environmental policy have flowed inexorably from the smokestacks of these coal-fired clunkers, which continue to pollute at far higher rates than their younger peers.

In Struggling for Air, Richard L. Revesz and Jack Lienke chronicle the political compromises that gave rise to grandfathering, its deadly consequences, and the repeated attempts — by presidential administrations of both parties — to make things right.

“Struggling for Air is a clear-eyed look at the realities of President Obama’s Clean Power Plan, the falsehoods of the polluters’ ‘War on Coal’ campaign, and the irrefutable facts of the climate crisis. Revesz and Lienke remind us how we got here — and why we need to act now.”

“Revesz and Lienke document the enormous success of the Clean Air Act and analyze its unfinished business of controlling pollution from aging coal-fired power plants. This book could not be more timely!”

“Revesz and Lienke have written a clear, incisive and compelling account of the coal and electric utility industries’ decades-long success in blocking sound environmental policies. They also offer some hope — growing from recent efforts by presidents of both parties — of holding these industries accountable for the serious costs they impose on society. Struggling for Air is destined to be a classic in the study of environmental policy and politics.”

“A short, deft history of the U.S. Clean Air Act. . . . [E]xcellent for college courses (or even advanced high school classes) in climate change, air pollution, or environmental science and policy.”