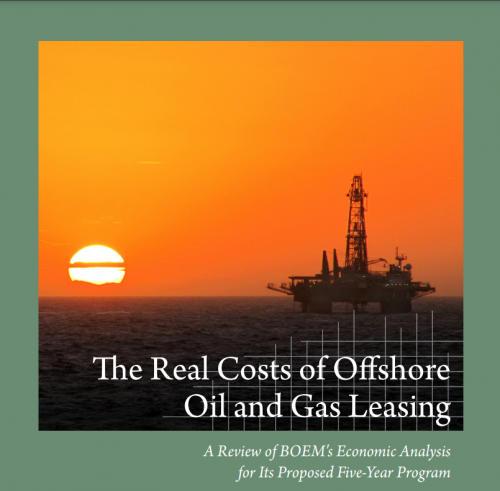 The Real Costs of Offshore Oil and Gas Leasing

In July 2022, the Bureau of Ocean Energy Management (BOEM) released its proposed Outer Continental Shelf oil and gas leasing program for 2023–2028. That plan contemplates holding up to 11 lease sales over the next five years, and conducts an economic analysis concluding that the benefits of those lease sales would exceed the costs.

This report provides comprehensive feedback on BOEM’s economic analysis. As the report details, BOEM vastly understates the environmental and social costs of offshore leasing in several key ways. These include:

All told, our report demonstrates that BOEM’s economic analysis omits most of the environmental and social costs of offshore development. It concludes that there is extensive evidence that, properly considered, the costs of offshore leasing may exceed the benefits.