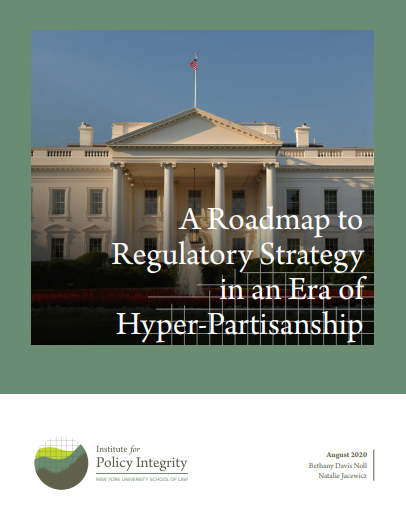 A Roadmap to Regulatory Strategy in an Era of Hyper-Partisanship

This report discusses how an administration that begins a new term can navigate regulatory strategy. It offers advice on navigating this terrain for White House officials, the Office of Information and Regulatory Affairs, transition teams at agencies, and advocates. It also contains a section on how an incoming administration can roll back the prior administration’s rules if there is an inter-party transition.

This report draws on lessons from President Trump’s first term as president, during which his administration deployed an array of tactics to roll back Obama-era regulations, particularly those promulgated late in the Obama administration’s tenure. These rollback tools are likely to be used in future administrations.