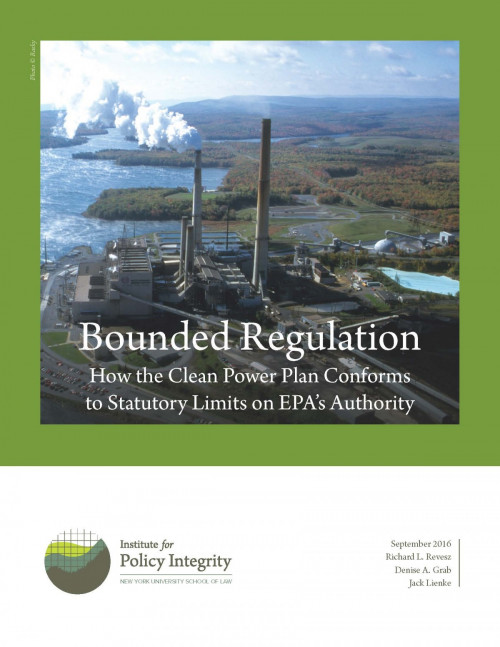 The Clean Power Plan is the first federal regulation aimed at reducing carbon dioxide (CO2) emissions from existing power plants, the nation’s largest source of greenhouse gas pollution. Expected to reduce the power sector’s annual CO2 output to 32% below 2005 levels by 2030, the Plan is widely viewed as a significant, but eminently achievable, step to address the United States’ contribution to global climate change.

Critics of the plan, however, argue that, in its pursuit of substantial emission reductions, the Environmental Protection Agency (EPA) “dramatically overstepped its authority” under the Clean Air Act and invaded regulatory arenas—intrastate electricity markets—that have traditionally been managed by the states. They accuse the agency of attempting to “fundamentally restructure the nation’s electricity industry” and position itself as “the nation’s energy czar.”

It is certainly true that EPA’s regulatory authority over existing power plants is not boundless. Indeed, Section 111 of the Clean Air Act places several important limits on the agency’s discretion to craft emission guidelines for such facilities, such as forbidding the agency from imposing excessive costs, requiring it to consider how its guidelines might affect the nation’s energy supply, and requiring it to base guidelines on reduction techniques that have been “adequately demonstrated.” But critics are wrong to suggest that the Clean Power Plan represents a “dramatic overstepping” of these statutory boundaries. Instead, as this policy brief will discuss, the Plan explicitly acknowledges and respects each of Section 111’s constraints on EPA’s regulatory authority.