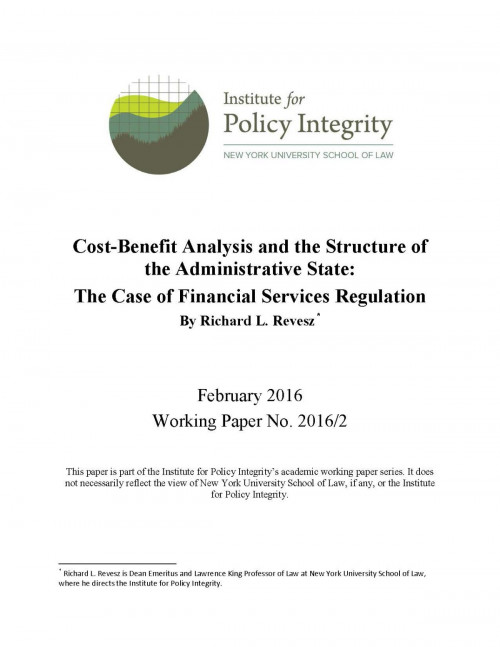 Cost-Benefit Analysis and the Structure of the Administrative State

The Case of Financial Services

Fortunately, there are good Executive Branch models that could be exported to the financial regulatory agencies. In particular, the Financial Stability Oversight Council could implement a robust coordinating role diffusing macroeconomic expertise, learning from the experience of the Interagency Working Group set up to estimate the damage of one ton of carbon dioxide emissions. Moreover, the President could extend to independent agencies his Executive Order vesting in the Office of Information and Regulatory Affairs the responsibility to review significant federal regulations. Though no President has yet taken this step, in part because of fears of a congressional backlash, the time might now be ripe to do so. And, the financial regulatory agencies could learn from the experience of the Environmental Protection Agency in building significant economic expertise to aid the preparation of cost-benefit analyses.