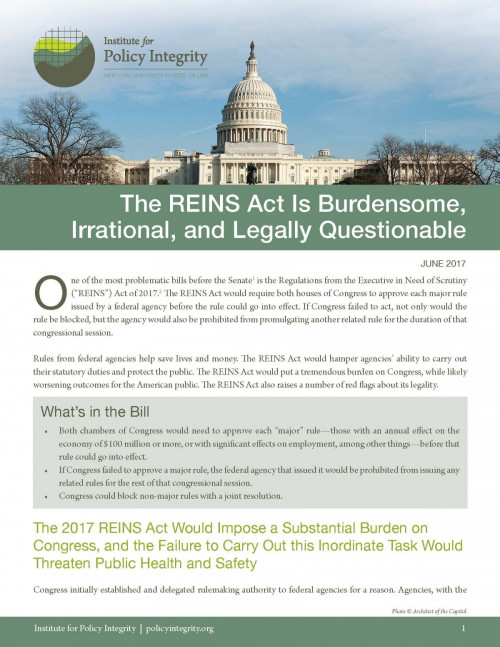 The REINS Act Is Burdensome, Irrational, and Legally Questionable

The Regulations from the Executive in Need of Scrutiny Act (“REINS Act”) would prevent agencies from issuing statutorily required rules unless approved by Congress. If Congress failed to act, not only would the rule be blocked, but the agency would also be prohibited from promulgating another related rule for the duration of that congressional session.

Our issue brief describes how this bill would create substantial burdens for Congress, worsen outcomes for the American public, and raise constitutional red flags by allowing Congress to repeal earlier statutes through inaction.