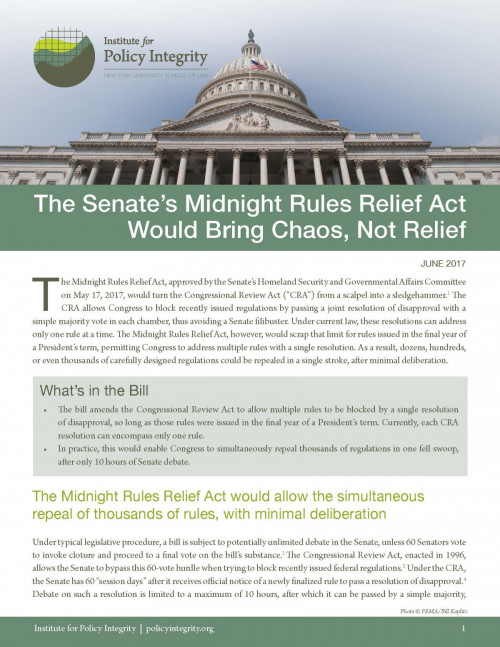 The Midnight Rules Relief Act, approved by the Senate’s Homeland Security and Governmental Affairs Committee on May 17, 2017, would turn the Congressional Review Act (“CRA”) from a scalpel into a sledgehammer. The CRA allows Congress to block recently issued regulations by passing a joint resolution of disapproval with a simple majority vote in each chamber, thus avoiding a Senate filibuster. Under current law, these resolutions can address only one rule at a time.

The Midnight Rules Relief Act, however, would scrap that limit for rules issued in the final year of a President’s term, permitting Congress to address thousands of rules with a single resolution. Our issue brief describes how this shift in regulatory policy would allow for quick repeals of public safeguards after only 10 hours of Senate debate and prevent similar rules from being enacted in the future.