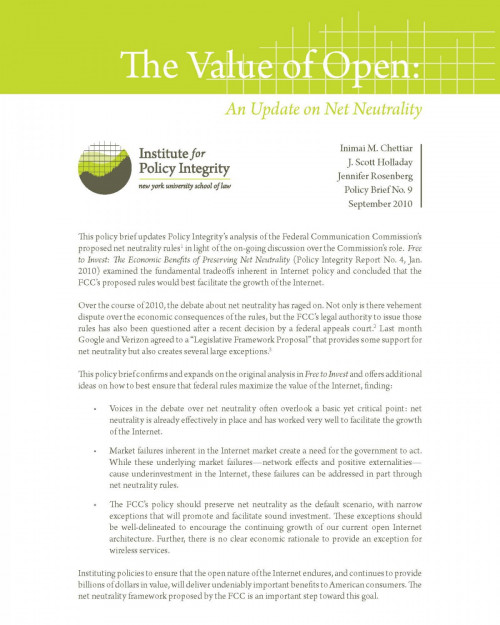 The Value of Open

An Update on Net Neutrality

An open Internet allows anyone with an idea and a domain name to add content to the web for all to use. It’s a system that most believe works very well, generating billions in economic benefits for the American public every year. This policy brief analyzes the economic uncertainties of weakening our current, open Internet and sees potential trouble ahead if it is not preserved.

The conclusion finds that removing net neutrality could endanger the economic benefits that now flow to Internet users. It advises federal policymakers to proceed with its proposed rules that would maintain net neutrality as the law of the land.

The analysis further found that movement away from net neutrality could be irreversible. The report shows that a failure to defend the rules of an open Internet now may not be easy to reverse later. However, insistence on net neutrality today could be relaxed down the road if more attractive alternatives present themselves.