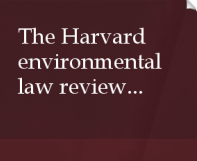 This essay takes as its starting point the idea that U.S. environmental policy should operate in accordance with five major components of rationality. First, cost-benefit analysis provides a tractable means of weighing the tradeoffs involved in setting environmental policy between environmental goals and other social values. Improving environmental quality is not a cost-free enterprise, and decisionmakers should aim to maximize the net benefits—benefits minus costs—delivered by a policy.

Second, cost minimization requires choosing the cheapest way to attain a given environmental objective. Even if policy goals are not chosen to maximize net benefits, a cost-minimizing approach would nonetheless lead to the cheapest way to meet that goal.

Fourth, in order to avoid excessively broad exemptions for existing sources from the pollution standards applicable to new sources, as has been common in the history of U.S. environmental regulation, placing appropriate constraints on grandfathering should be regarded as an important element of a rational environmental policy. This goal has become particularly pressing more than four decades after 1970, when sources, some of which were already obsolete at the time, were initially grandfathered.

Fifth, an important feature of our environmental policy concerns the allocation of decision-making authority between the federal government and the states. In this context, the control of interstate externalities provides the most compelling argument for federal regulation. Providing the right incentives on this issue should be regarded as a critically important design element.

The Essay shows that this past Term, the Supreme Court of the United States decided two significant cases, both interpreting the Clean Air Act, which together should be seen as producing a significant move toward rationality in environmental policy. And it did so with the full support of six members—Chief Justice Roberts and Justices Kennedy, Ginsburg, Breyer, Sotomayor, and Kagan—and the partial support of Justice Scalia.