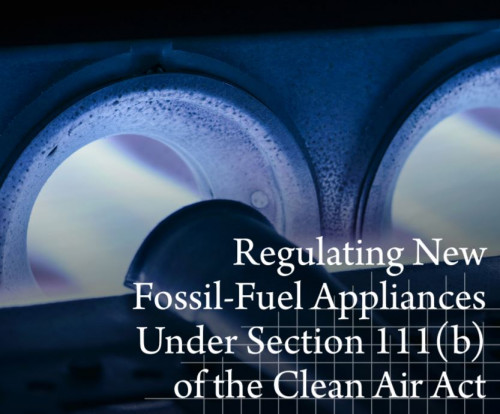 The fossil fuel-powered appliances in most residential and commercial buildings collectively emit almost three times more smog-forming nitrogen oxides than the nation’s gas-fired power plants and almost as much planet-warming carbon dioxide. Yet while the U.S. Environmental Protection Agency (EPA) has limited gas power plants’ NOx emissions since the 1970s and their greenhouse gas emissions since 2015, the agency has never regulated emissions from residential fossil-fuel appliances and restricts emissions from only a tiny fraction of heating systems in commercial buildings.

This report finds that EPA has authority under Section 111(b) of the Clean Air Act to set nationwide performance standards for new residential and commercial fossil-fuel appliances and that multiple means of reducing emissions from such appliances are adequately demonstrated, including the use of electric-heat-pump technology. The report further concludes that EPA’s standards could allow emissions averaging and trading across manufacturers’ appliance fleets.